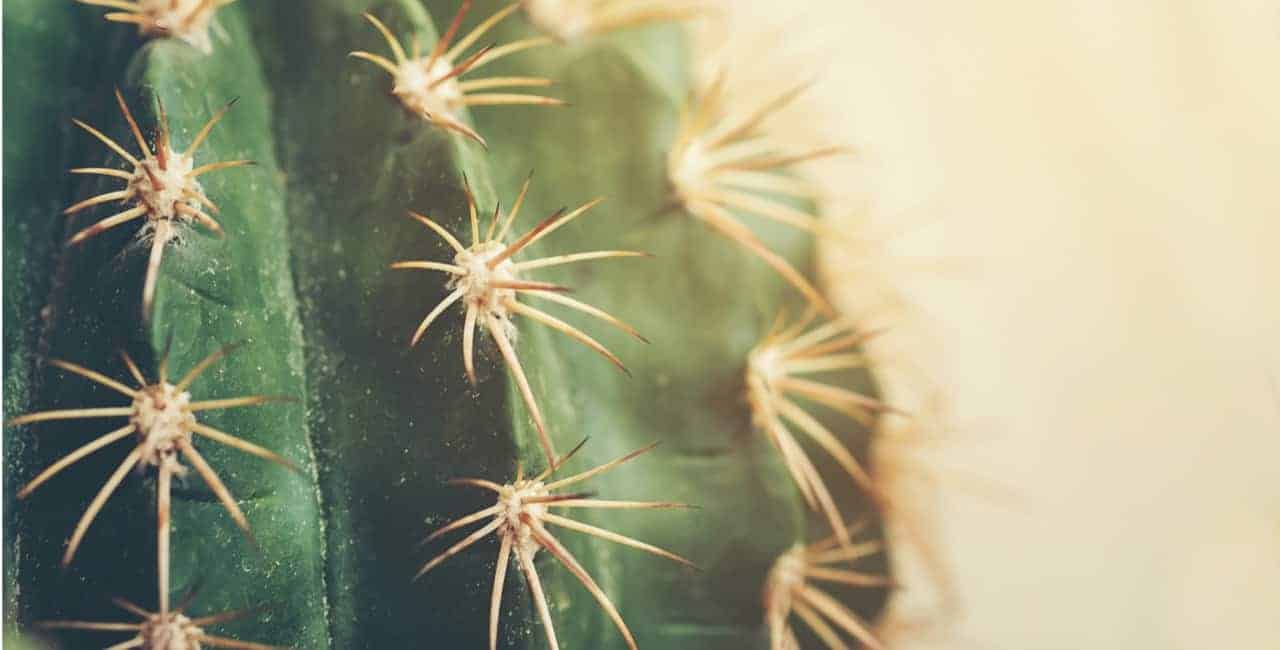 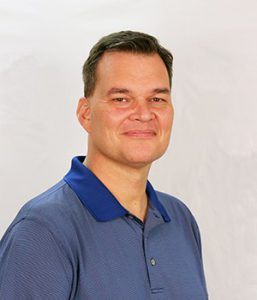 As mechanics, doctors, artists, or any other skilled craftsperson will probably tell you, when a problem presents itself, gritting one’s teeth and forcing a result does not usually resolve it. In fact, coercive actions that force a premature and unworkable solution usually create bigger problems.

This principle might relate to how we address addiction or whatever compulsive and self-destructive habit we might be struggling with. A lot of times when people talk about the opioid crisis or addiction in general, they will say things like we need to “fight addiction.” Individuals in recovery and their family members will often adopt a similar approach toward addiction, looking at it as if it needs to be “beaten.”

“In the course of 45 years of treatment, we have seen over and over again that recovery is not usually about defeating addiction, but the opposite.”

Perhaps this use of “fighting” is just a manner of speaking, suggesting that the addiction needs to be addressed and not ignored, which is absolutely true.  However, I think the rhetoric of “fighting” or “battling addiction” can be easily misinterpreted. In practice, this type of approach toward addiction or compulsive behavior can start to resemble forcing a solution through sheer willpower. As the addict and alcoholic in long-term recovery usually discover, this approach often ends in frustration and relapse.

Although the urgency and good intentions behind the idea of “fighting addiction” are valid, our understanding at MARR is that an aggressive approach can sometimes be counterproductive to recovery. In the course of 45 years of treatment, we have seen over and over again that recovery is not usually about defeating addiction, but the opposite.

The way that we approach recovery is to help our clients try to surrender to their powerlessness over their addictions and embrace the difficult and painful parts of that powerlessness.  Recovery isn’t about fighting. To quote a phrase Robert Downey, Jr. used when describing his own recovery, it’s about learning to “hug the cactus.”

The same is true for family members of our clients. We work with them to help them see that they are ultimately just as powerless over the addiction as their loved one is. As with our clients, recovery for them is about getting intimate with painful parts of how they have tried to control the addiction and failed. This allows them to be in their own recovery, even in the heartbreaking event that their loved one returns to drinking or using.

Accepting powerlessness is not something that comes easily to humans. The AA literature states it clearly, “Every natural instinct cries out against the idea of personal powerlessness” (Twelve Steps and Twelve Traditions). So to help our clients in this process, we work with them on a First Step Exercise through which they develop vivid examples from their past of precisely how they have been powerless over drugs and alcohol.

“Powerlessness provides an explanation, but not an excuse. It allows the addict and the family member to see why the person did things that weren’t logical, but it doesn’t mean that they are ‘off the hook.'”

The goal of the exercise is to help them see all the times that they have tried to control their drinking or drug use and have failed. In recovery, failure can be a very good thing. It provides evidence that they are not a “bad” person who just needs to try harder. It helps them to see that they are not immoral people who need to try harder, but that they have an illness. Rather than having anything to do with morality, they can start to see that their excessive drinking and drug use is intimately tied in with an abnormal physical reaction to alcohol and drugs that is different than other people who can drink or use drugs moderately.

Powerlessness provides an explanation, but not an excuse. It allows the addict and the family member to see why the person did things that weren’t logical, but it doesn’t mean that they are “off the hook.” It does not relieve the person from responsibilities and consequences. The person in recovery still has to accept responsibility for things that they did in their active addiction.   In other words, powerlessness does not by any means absolve the person, but it does help them to understand they are not a bad person. But they are a person that does have some behavior they need to accept responsibility for any consequences that need to be cleaned up.

A person can make statements like  “I’m an alcoholic and addict” or  “My drinking and drug use is out of control” without understanding the extent of their powerlessness. They may even be able to provide specific examples of powerlessness while still remaining in deep denial about just how desperate their situation is.

One of the goals in the First Step Exercise is to help our clients generate sharp and vivid examples from their own drinking and using histories that they can see clearly. Uncovering these stories is a process.

I’ll give an example that I was given permission to share by a MARR alumnus that we’ll call Chuck. When Chuck checked into MARR as a client, he knew he was an alcoholic and addict. He really believed he had fully accepted that, to the point that he had even told many of his family members that he was going to die soon because of drinking and drug use.

On the surface, this makes it sound like he had truly accepted his powerlessness, but there was actually a lot more acceptance that he later realized he still needed to do.

“It hurts at first, but as our clients and their family members encounter the more vivid descriptions of powerlessness, it can save them the endless pain that continuing in addiction and codependency can and will provide.”

For instance, he told me that the first try at one of his first step examples went something like:

I couldn’t make it a day without drinking, and on my way home from work, I had to stop and get some beer. I needed to drink so bad that I couldn’t even wait till I got home to drink it.

He told me that he can see now that, even as difficult as this was to admit at the time, his mind had glossed over a lot of the very important details of this event in an attempt to protect himself from painful realities.

To sharpen that story, he needed to remember the vivid details so he could have a more accurate picture of what really happened. With the help of the counselors, he did.

The story became clearer, and now he states that he is able to play it in his head like a movie that clearly demonstrates his powerlessness over alcohol. By the time he was finished with the exercise that same story went like this:

I made up my mind that I wasn’t gonna drink one day, but I was shaking so badly that I pulled over at a liquor store. The store was set up so that you had to go to the counter and tell them what you wanted and they got it for you. So I told the guy, “I’d like a six-pack of Bud Light.” I left my money on the counter when he went to get it so he wouldn’t see how much I was shaking.

When he reached out to give me the change, he saw my hand was shaking so bad that he looked at me with this mixture of disgust and pity. I saw his reaction, so I lied and told him that I had just almost been in an accident, and I was really nervous and that’s why my hand was shaking. As soon as I got outside, I had to drink one to quit shaking.

The beer was in bottles, and I put one up to my mouth, and my hand was shaking so bad that I hit my mouth and cut my lip. I realized I couldn’t hold it steady to my mouth, so I had to tilt my head back and separate the bottle from my lip and pour it down my throat until I quit shaking so badly and I could drink normally. When I got back in the car, I just barely made eye contact with myself in the rearview mirror and thought “Oh my God. What’s happening?”

This is a much more vivid picture of what actually happened, and one that, thanks to that exercise, he tells me he uses regularly to remind him of how powerless over alcohol he is. The denial he had during his initial attempt did not allow him to see all those details about the incident.

Family members of addicts and alcoholics often go through similar exercises. They review all the ineffective ways they attempted to control their loved one’s drinking or drug use, and how ultimately, such efforts usually ended up making matters worse. Uncovering details of their own memories of powerlessness can have a similar healing effect for them as well.

We describe the process as “sharpening” the details because we think it works to illustrate that coming to terms with our history is painful. It hurts at first, but as our clients and their family members encounter the more vivid descriptions of powerlessness, it can save them the endless pain that continuing in addiction and codependency can and will provide. This process of accepting the uncomfortable parts of our histories is what we view as part and parcel of “hugging the cactus .”

Getting intimate with the sharp details of our memories can save us a lot of pain. It may even save our lives. 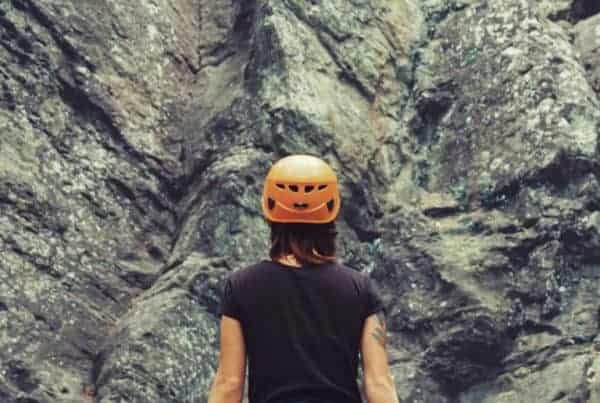 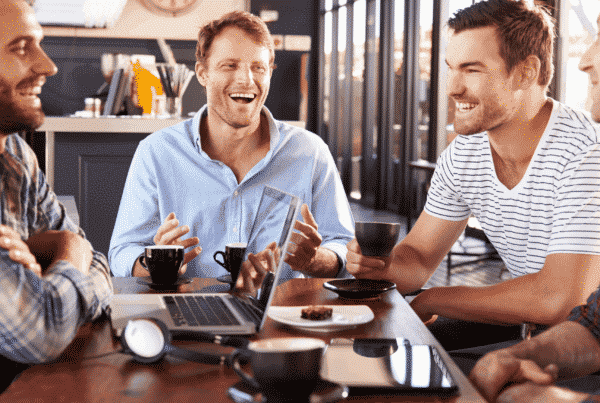 Ep 71: As a Professional Pilot, I Thought I Couldn’t Ask For Help